Brief background on the distinctive signs, buildings and landforms that tell us where we are and who we were.

Located at 2nd & Central Avenue NW, then known as Railroad Avenue, the N.T. Armijo Building was constructed in 1892 and demolished in 1969 to make way for a parking lot.

"Albuquerque’s Sanderson family, however, had a pile of wood and steel sitting on a lot on San Mateo just south of Central. They had planned to put up a roller-skating rink, but construction restrictions during World War II had delayed the building. Community leaders who wanted to bring Graham to town met with the family, and a deal was made to erect a 55,000-square-foot building at a cost of $79,000. Later, it would become the Rainbow Gardens Roller Drome, but it was first known as the Billy Graham Tabernacle. Graham appeared in crusade there for most of November in 1952."
Quoted from Albuquerque Journal February 21, 2018 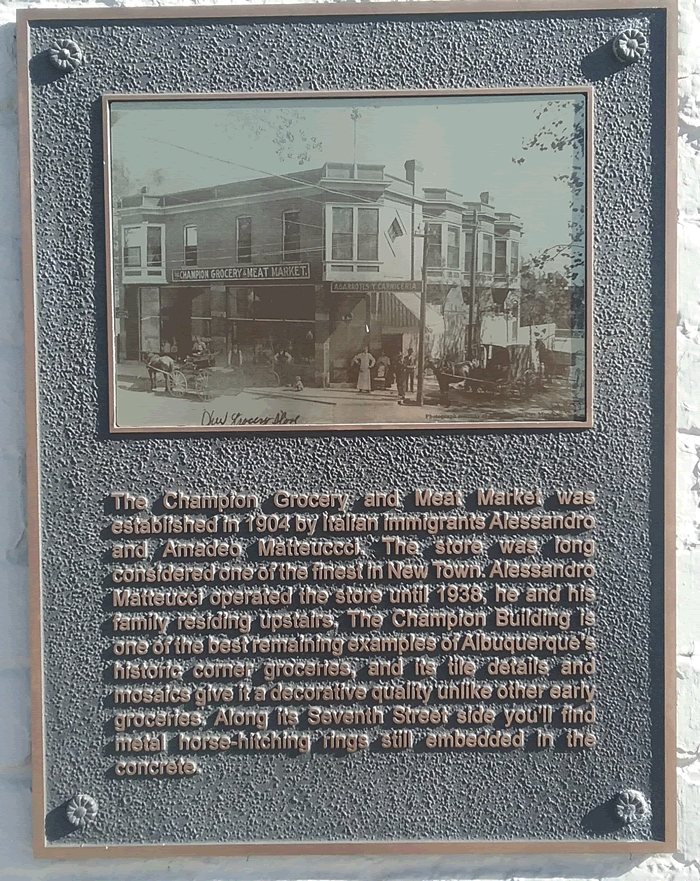 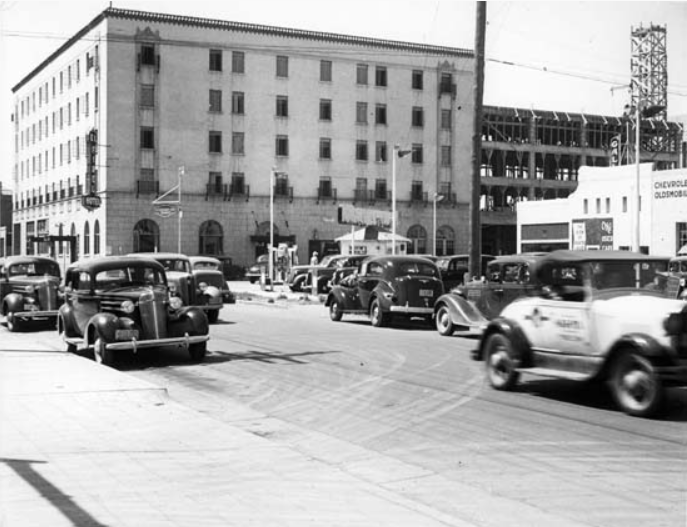 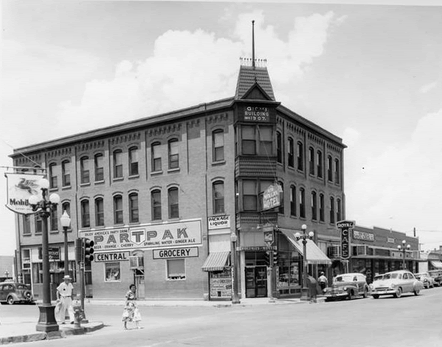 First opened in 1931, the Iceberg Cafe was a piece of far-out architecture: an iceberg with a bear climbing on top. The primary offering of the cafe was custard and it moved several times, eventually moving to the town of Bernalillo. 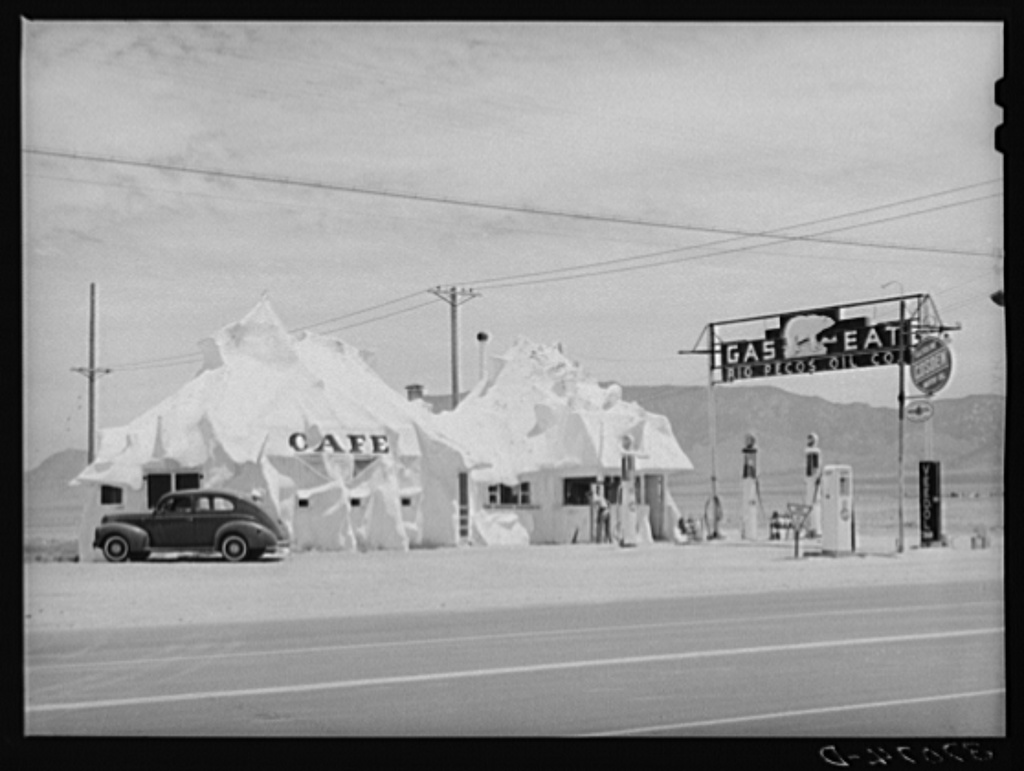 The Charles Ilfeld Company Warehouse, built 1911-1912, was part of a large chain of wholesale stores in New Mexico. Designed by the firm of Trost and Trost, the industrial structure with its bands of simple metal, sash windows, projecting cornice and use of graphics makes a bold design statement. 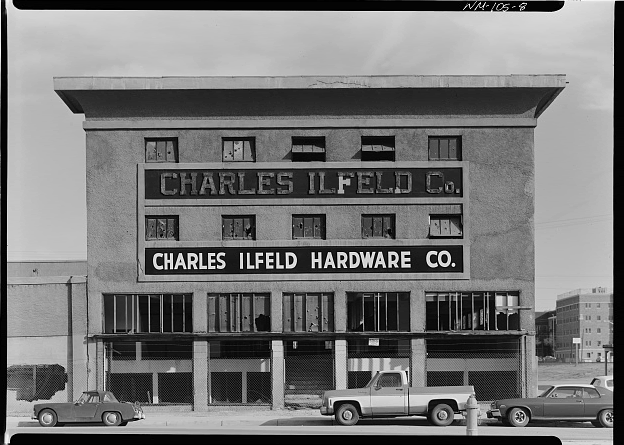 Built in the 19th century on the edge of Old Town Plaza and opened as La Placita Dining Rooms in 1935. 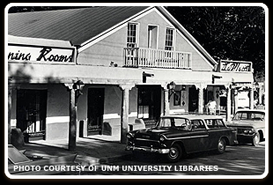 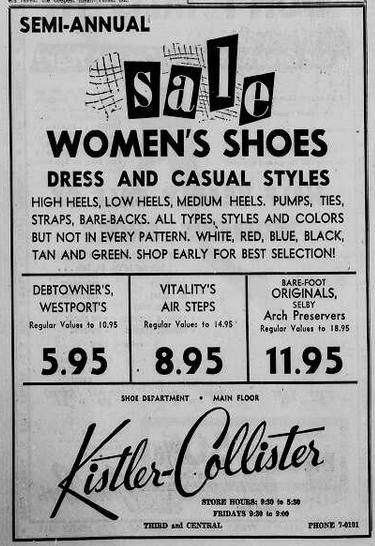 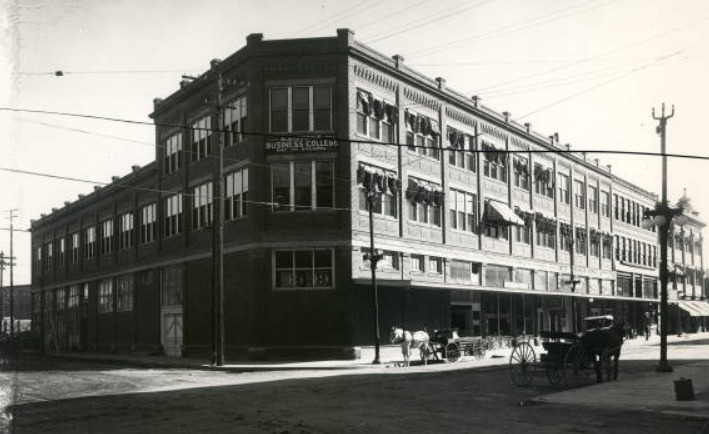 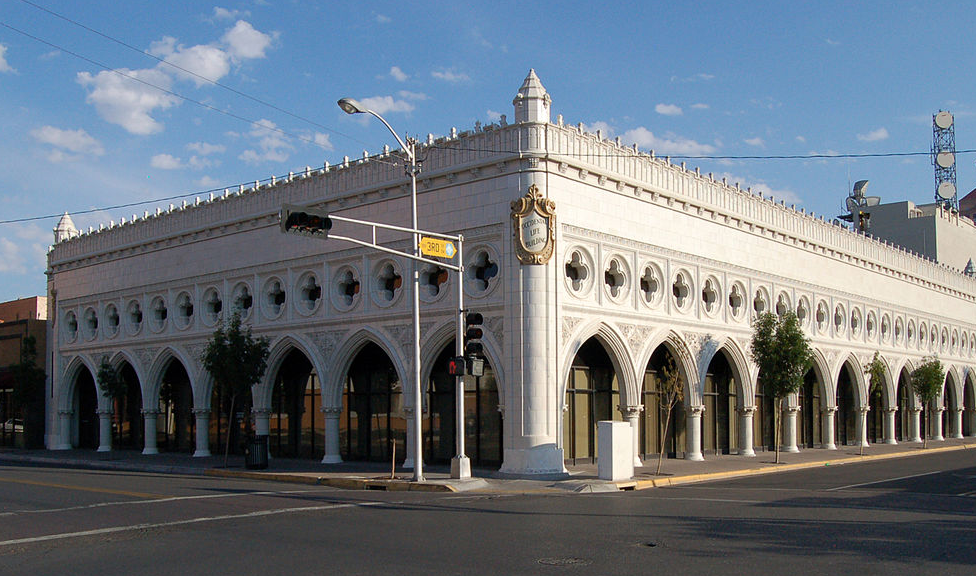 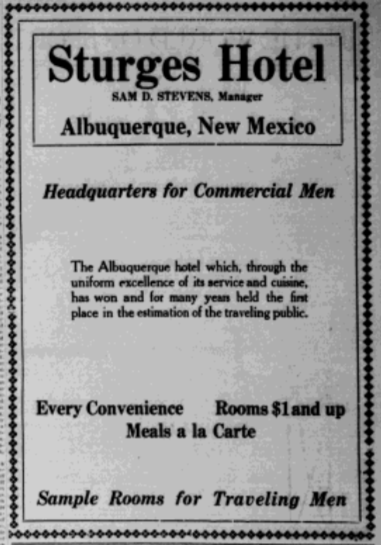 Advertisement in the Albuquerque Journal June 29, 1913

"The six-story building was designed by the El Paso firm of Trost & Trost and built in 1924, originally housing offices and a 920-seat movie theater, the first "movie palace" of its kind in Albuquerque. The first film shown there was Scaramouche, starring Ramón Novarro and accompanied by a special orchestra for the occasion. The theater stopped showing first-run movies in 1974 and closed completely in the 1980s, but has since been remodeled into a popular live music venue."

In January 1957 there was a campaign to raise money for the renovation of the YMCA at 101 Central Avenue, NW and construction of a new facility on Indian School Rd.