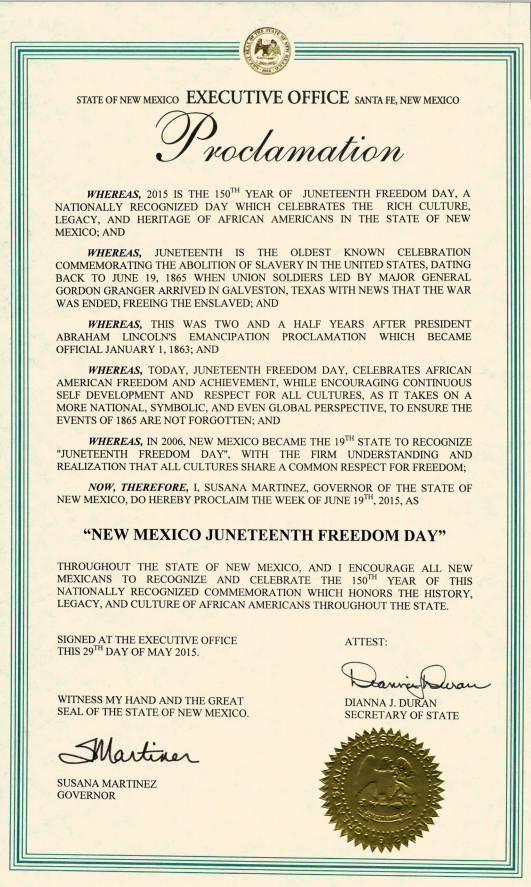 The Black community in New Mexico has a compelling legacy that dates back more than 500 years, starting with Estevanico, the Spanish Moor from North Africa, who came seeking gold. The famed Buffalo Soldiers, a Nobel Peace Prize winner, and today’s history makers have followed in his footsteps... So while Estavanico—a k a Esteban the black—never found the fabled cities of gold that his search party came looking for back in the 1500s, the African-American culture that’s developed in New Mexico over the ensuing centuries is rich indeed.

Picture This podcast used with permission of the Albuquerque Museum.

The History of African-Americans in New Mexico

"Did you know African history in New Mexico started in the year 1539?

"In 1539, Esteban, an African Moor, was the first official representative of Spain to the Native people of New Mexico at Zuni. He was an adventurer, explorer and original member of the ill-fated Pánfilo de Narváez expedition from Cuba to explore the Florida coast in 1527."

After the Civil War from 3,300 to 3,800 African American soldiers served in the New Mexico Territory, according to Monroe Lee Billington in "New Mexico’s Buffalo Soldiers: 1866-1900."  The soldiers were garrisoned at 11 different forts throughout the territory.  The term "Buffalo Soldier" was given to the troops by Native Americans, and it was proudly accepted.

In 1896, Francis Marion Boyer and two students set out on foot from Georgia heading to New Mexico.  Boyer had heard stories of the territory from his father who had been a Buffalo Soldier.  Frank's family joined him later and together they formed the community of Blackdom in 1901, advertising for other African American homesteaders to join them.  Located south of Roswell, Blackdom became the first African American town in New Mexico.

After crop failures and problems with their well-water, the people of Blackdom began dispersing.  The Boyers moved to Vado in 1921.  There they found more fertile land.  Soon Francis Boyer platted his second town, Vado, also establishing a church and a school.

Albuquerque's first African American neighborhood, the East End Addition, was platted in 1938 by Henry Outley.  The addition ran from Pennsylvania St. to Wyoming Blvd., and Lomas Blvd. to Constitution Ave.  Henry had a vision of creating a suburban neighborhood, but it was difficult for him, as an African American developer, to acquire the loans he needed to proceed.  Instead he sold or gave away lots to other African Americans.  Henry eventually deeded the East End addition to his adoptive daughter, Virginia Outley Ballou. Virginia also struggled to build up the addition.  From the originally platted 24 blocks, she and contractor J.S. Jones succeeded in developing 22 homes on two blocks.  In the 1950s and 1960s, these and other houses in the neighborhood were purchased by African American families.  Over time the addition has become more racially mixed. 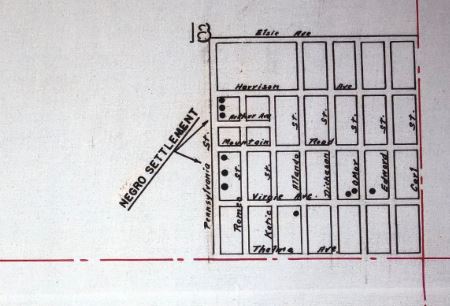 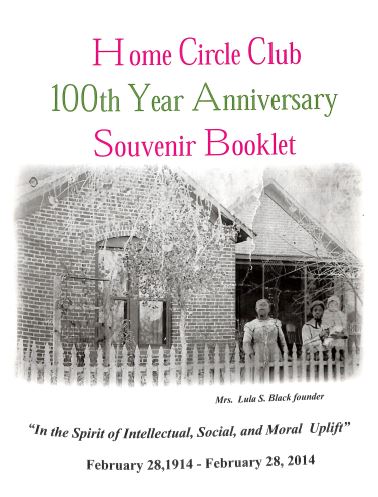 Albuquerque's Home Circle was founded in 1914.  The aim of founder Mrs. Lula Black and other members was to prepare themselves to be social leaders of the African American community.  Their motto became "Intellectual, Social, and Moral Uplift."  In 2014, Home Circle celebrated its 100th anniversary.  A copy of the 100th Year Anniversary Booklet may be found at the Special Collections Library.

The oldest African American church in Albuquerque, Grant Chapel AME, was founded in 1882. Its first location was a rented house located at 201 1st St SW. The following year the New Mexico Township Company donated land to the AME in order to build a church. This property was located on the corner of 3rd St and Coal Avenue, and the congregation became known as the Coal Avenue Methodist Church.

In 1905, the church changed its name to Grant Chapel AME in honor of Bishop Alexander Grant. Bishop Grant was a former slave, who after the Civil War became a preacher. Grant Chapel moved again in the 1950s to 734 Arno St SE, and took with it the cornerstone from the original building erected in 1892. A final move in 1990 has Grant Chapel in its current location at 7920 Claremont Ave NE.

The church, in its very early days, served as a headquarters for African American soldiers stationed at Fort Wingate and in Santa Fe whenever they visited Albuquerque. During the Civil Rights era, the Albuquerque branch of the NAACP, the Urban League and the National Council of Negro Women all met in the church. 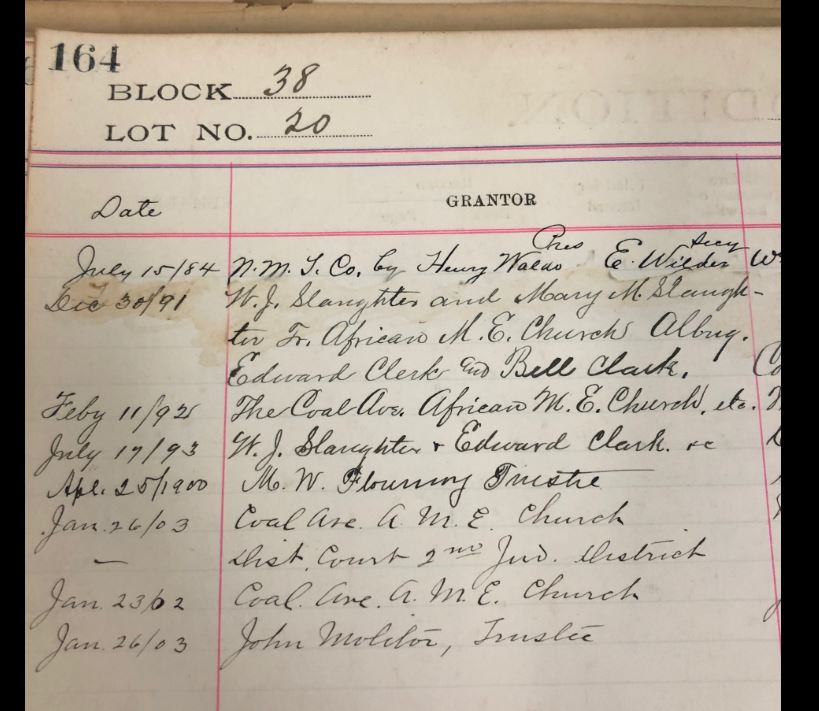 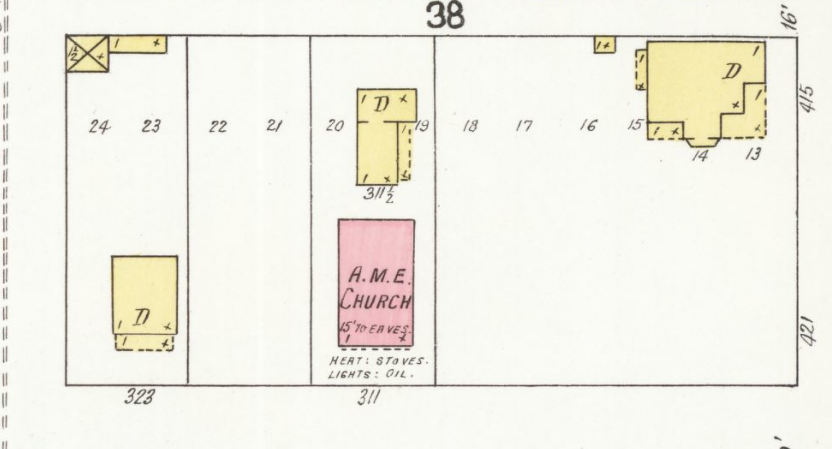 Tabytha Watson was originally a member of the AME church but in 1900 was “inspired by her heavenly father” to start prayer meetings in her home. For several years the congregation met at Mrs. Watson house at 407 Copper Ave NW. In 1903, Mrs. Watson raised $135 to purchase a property at 510 Lead Ave SW and the congregation became known as Mount Olive Baptist Church. Services were held in a house on the property until the church was completed in 1909. In 1969, the property on Lead (which had expanded to include 508 and 512) was sold to purchase a large lot at 2401 University Blvd SE. The present sanctuary was dedicated in 1977.

When the church first was formed, baptisms were performed in the Rio Grande River. In the early years, Mount Olive and Grace Chapel enjoyed many social events together. These included annual Fourth of July picnics to City parks and the mountains, transportation provided by stagecoach! 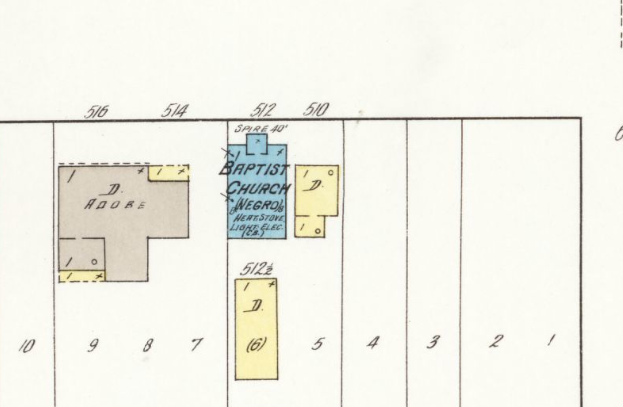 These can  include books from the catalog, media, pamphlets, periodicals, and vertical files, which are collections of ephemera. Some items are library use only.