Some census records provide good clues about your ancestor's military service. Census records for these years are especially helpful:

The Genealogy Center and the Special Collections Library have a wealth of information on New Mexican's military service. With your library card you have free access to Fold3, one of the premier databases for military research, which includes searchable digitized images of millions of historical primary documents relating to the Revolutionary War, Civil War, World War I, World War II, Vietnam, and much more.

Ancestry Library Edition has a large number of military records, including World War I draft registration cards and questionnaires filled out by New Mexicans who served in World War I.

The Genealogy Center has microfilm copies of the Spanish Archives of New Mexico series II which contain military documents for this time period.

These books available at the Genealogy Center will help you to identify your Spanish Colonial soldier ancestors.

The Veterans Schedule for the 1890 U.S. Census is especially helpful for identifying surviving soldiers, sailors, marines, and widows. It includes the person's name, rank, company, name of regiment or vessel, dates of enlistment and discharge, and disability incurred. This is available on Ancestry Library Edition and FamilySearch.org.

These books available at the Genealogy Center will help you to identify your Civil War ancestors in New Mexico.

New Mexicans in World War I

World War I selective service draft registration cards 1917-1918 for New Mexicans are available on microfilm at the Genealogy Center or online on Ancestry Library Edition, which you can use from your closest ABC Library, and FamilySearch.org among other locations.

The Genealogy Center has microfilm copies of biographical questionnaires filled out by returning New Mexico WWI veterans just after the war and these are also available on Ancestry Library Edition as "New Mexico, World War I Records, 1917-1919 - Service Records."   About 70% of returning veterans completed these questionnaires.  Many of these questionnaires include photos and other correspondence. Also available on microfilm are lists of World War I casualties, wounded, unclaimed Gold Star Awards, and National Guard Enlistment Records for New Mexicans.

The following books available online and at the Genealogy Center will help you to identify your World War I ancestors from New Mexico: 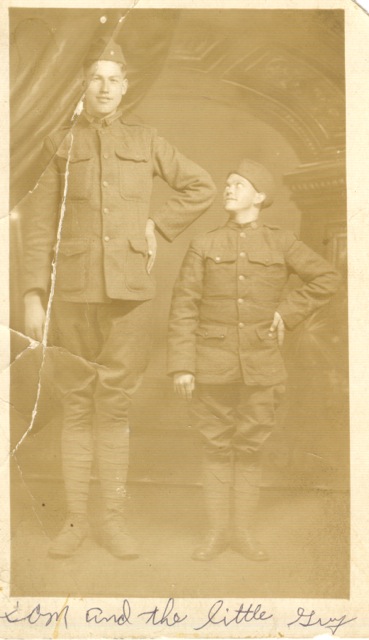 Charles W. "Sam" Kindrick from House, NM, the tallest guy
in his unit, posing with the shortest guy in his unit.

The Genealogy Center has WW II enlistments and Prisoners of War from New Mexico available on a local area network and on microfilm.

The books below from the Genealogy Center tell the story of the role of New Mexicans in World War II.

Need help tracking down information about your family's military history?  Join the Military Research Group online on the first Tuesday of every month 10:30 am - noon  for an informative talk and a chance to get your questions answered.   See the Albuquerque Genealogical Society website for program details and information about attending online. 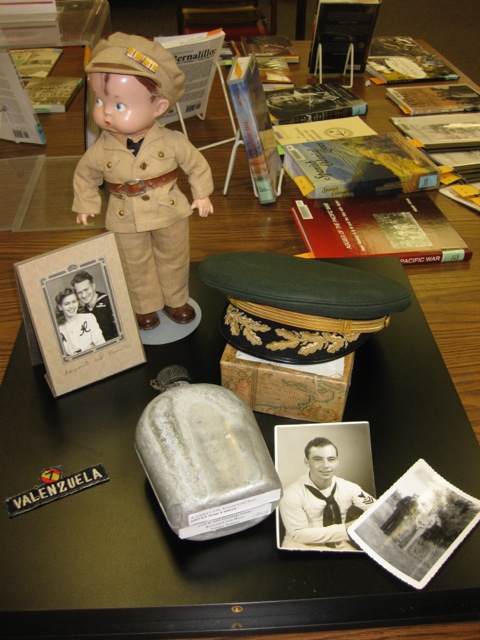 Other Sites of Interest

New Mexico has two military cemeteries -- one in Santa Fe and one at Fort Bayard, near Silver City.