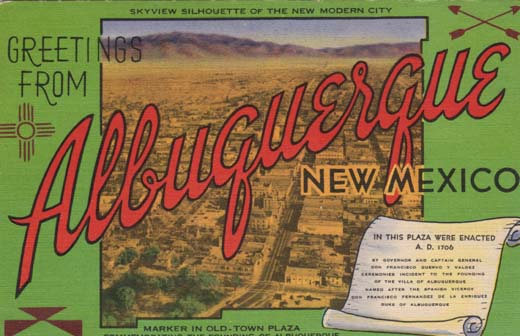 The Public Library's original Albuquerque Postcard collection has been digitized and a finding aid is available.

Click Category to see examples from the Albuquerque Postcard collection