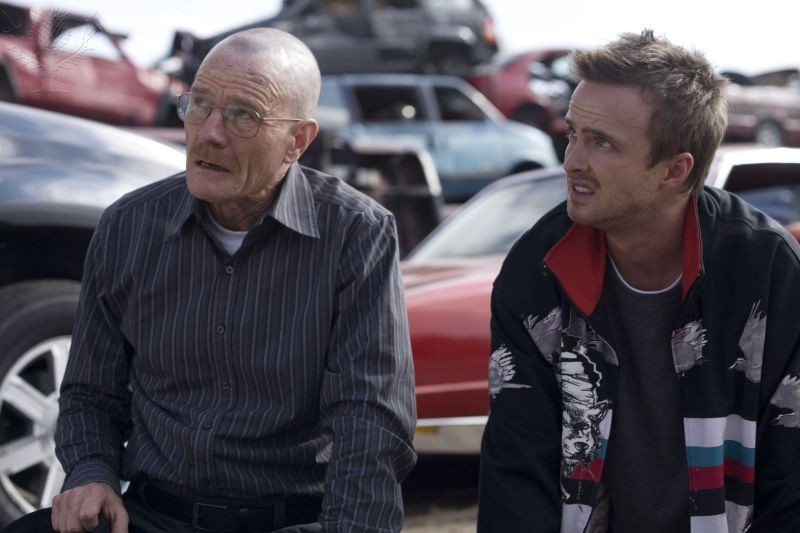 This critically acclaimed series set in Albuquerque ran from 2008-2013 and starred Bryan Cranston and Aaron Paul. Created by Vince Gilligan, the series follows the exploits of Walter White, a modest high school chemistry teacher, who discovers a new purpose in life when he learns he has terminal cancer and turns to a life of crime to provide for his family. The series won 2 Golden Globes (including Best Television series), a handful of Primetime Emmys (outstanding lead actor, directing, cinematography), Screenwriters Guild Awards for outstanding performances (male and female actor, ensemble), and was nominated for awards for 191 times.

Synopsis: After escaping Jack and his gang, Jesse Pinkman goes on the run from the police and tries to escape his own inner turmoil. For more about the movie, check out the links below.

Disclaimer: The Public Library is not affiliated with nor does it endorse any of the companies linked below.

A prequel to Breaking Bad which premiered in 2015.